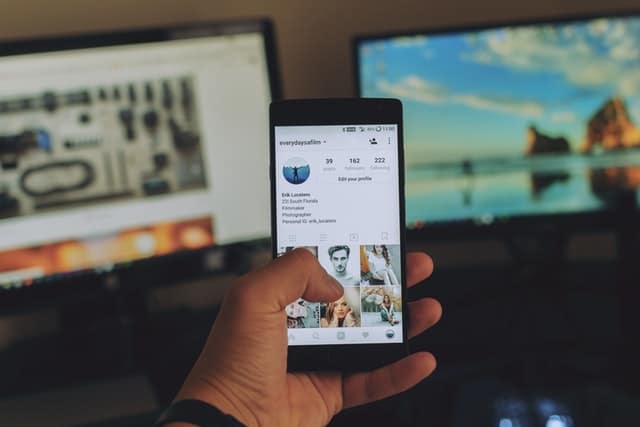 User-generated content, or UGC, refers to content that is posted or added to online platforms by the users of that platform. Sometimes known as user-created content, or user-driven content, it can include everything from images, video clips, comments and user reviews, right the way through to blog posts, articles and wiki page content.

Websites that emphasise user-generated content are sometimes said to be Web 2.0 websites, or part of the Social Web. UGC can be seen across a wide variety of platforms, including social media websites like Facebook and Twitter, websites that publish articles which allow user comments, video-sharing platforms like YouTube, and much more.

User-generated content is the name given to content that is created or added to an online platform by the users of that platform. Its history can be traced to the electronic bulletin board systems that were popular in the early 1990s, yet it is more strongly associated with the rise of Web 2.0 and the growth of social media since the early 2000s.

The early years of the World Wide Web were, for the most part, centred around the creation of websites that users visited and consumed content from in a passive way. Nevertheless, a good early example of user-generated content came in the form of guestbooks, which allowed website visitors to acknowledge their visit and leave feedback.

As websites and online platforms continued to evolve, a growing number started to embrace social elements, interactivity and online collaboration. Wikipedia launched at the start of 2001 as an open, collaboration-based online encyclopedia, using an editing system that allowed users to share knowledge and continuously improve pages.

Around the same time, social networking websites were gaining in popularity, with early examples including SixDegrees and Friendster. These ultimately made way for the likes of Myspace and Bebo, followed by Facebook, Twitter, Instagram and LinkedIn, all of which are driven almost entirely by user-generated content and online social interactions.

Today, user-generated content is widespread online, to the point where even traditional media and retail companies have embraced aspects like comments sections and user reviews. Additionally, blogs sometimes enable user-generated content through guest blog posts, while the popularity of wikis that can be edited by any and all users has also grown.

Many online platforms place a strong emphasis on user creativity too. DeviantArt, for example, allows users to share their own artwork and comment on the work showcased by other users. Meanwhile, YouTube is the world’s largest video sharing platform and most of the videos featured on the service were created and uploaded by its users. In the case of YouTube, videos are also often left open for comments, resulting in even more UGC.

Users may feel compelled to create content for a number of reasons. Some are motivated by the social aspect of communicating with people, while others are compensated for their content financially. In many cases, user-generated content is simply the result of a desire to share ideas, thoughts, opinions or talents with others.

It is important to understand that user-generated content can potentially offer significant advantages for the owners and users of online platforms, as well as for the individuals who are actually creating the content.

Owners and marketers are often motivated to allow UGC because the active user engagement involved helps to build a community that is loyal to their platform. User-generated content also provides owners with valuable feedback and generates regular fresh online content, often for free. For example, Wikipedia has amassed tens of millions of pages of unpaid, user-generated content, which its users have provided on an entirely voluntary basis.

Accepting user-generated content may also be able to improve the quality of content itself, enhancing the consumer experience. This links to the theory of ‘the wisdom of the crowd’, which suggests that the collective wisdom of a group of people exceeds that of individuals. In simple terms, this is due to the range of skills and experiences included within a group, as well as the ability to cancel out some of the biases that may negatively influence individual contributions.

Finally, for those actually creating user-generated content, it offers an avenue for self-expression, allows ideas and skills to be shared, and can help to generate a level of recognition that can then be capitalised on in other ways. For instance, the novel ‘Fifty Shades of Grey’ began as a work of ‘Twilight’ fan fiction, which was posted on several fan fiction platforms as user-generated content. It was then adapted into a novel, which has sold more than 100 million copies.

While there are many benefits associated with having user-generated content on a platform, it is also important to be aware of some of the potential negative aspects too. It is only by understanding both the pros and cons that you can form a full picture of how UGC works in practice and whether it is right for your platform.

One of the biggest issues in this area relates to the potential for inappropriate or even illegal content to be posted on platforms. The types of problematic content that may be posted vary depending on the platform, but can range from bad language, libellous information and copyrighted material, through to inappropriate adult content.

Worse still, some of these issues can reflect badly on the platform where the content is hosted. For this reason, any platform hosting a significant amount of user-generated content needs to be carefully moderated and clear guidelines need to be put in place, governing precisely what can and cannot be posted onto a platform by its users.

In some situations, a reliance on user-generated content can result in a lower quality of content than is seen on platforms that employ professional content creators. After all, professionals will have relevant skills and experience, and may be experts in particular fields, giving them a sense of authority. By contrast, users on a platform may not have specific expertise, may not be as skilled in content creation, and may not fact check their work appropriately.

Similarly, some user-generated content may be untrustworthy, due to malicious intent on the part of certain users. A good example of this is sometimes seen on review platforms, where the practice of review bombing has grown in popularity. This occurs when a group of users set out to overwhelm review platforms with negative reviews for a film, video game, music album, or another product or service. This results in an abundance of unreliable user reviews, while the product or service in question is affected by what appears to be a genuinely negative response from users.

User-generated content is present on many modern websites and online platforms, and forms a major part of what is sometimes known as the Social Web, or Web 2.0. In addition, it has helped to break down many of the conventions that have typically been associated with both online content creation and the consumption of that content.

Today, instead of users passively consuming content, they are often able to interact with its creator(s) through comments sections, or even publish their own content onto a platform, resulting in more of a two-way relationship. Examples of websites that rely heavily on UGC include Facebook, YouTube, DeviantArt and TripAdvisor.