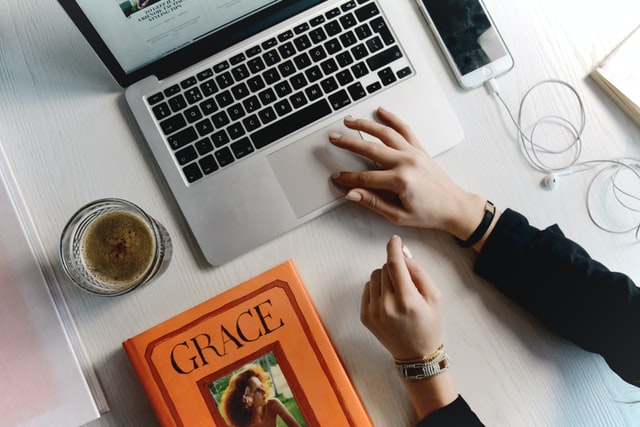 Cost-per-click (CPC), also known as pay-per-click (PPC), is a billing method, performance metric and advertising model, which is used for online marketing campaigns. In simple terms, it refers to the amount an advertiser will pay to a publisher, in advertising costs, for each time their advertisement is clicked on by a user. It is primarily associated with search engines, such as Google, Yahoo! and Bing, but also applies to social networking sites and other channels.

As an approach, the cost-per-click or pay-per-click model is designed to ensure advertisers only pay out for instances where their advertisement has been seen and engaged with, via an ad click. Meanwhile, as a performance metric or billing method, it gives advertisers a clear indication of how much they are being charged per click and allows them to strategically decide on how much they are willing to pay for each user who clicks on their advertisement.

Cost-per-click and pay-per-click both describe an online advertising model, where the advertiser pays a publisher for each time their online advertisement is clicked. In the vast majority of cases, the publisher will be either a search engine, a website owner, a blog owner, a network of websites, or a social media platform. The advertisements could take many forms, including banner or display ads, text ads, or sponsored links on search engine results pages.

As a performance metric, cost-per-click can be calculated using the following formula:

Nevertheless, this distinction between the pay-per-click approach and the cost-per-click metric has become less relevant over time, and many people do now consider the two terms to be almost entirely synonymous.

The cost-per-click model has become most commonly associated with search engines like Google and Bing. The basic premise here involves advertisers bidding on keywords related to their advertising strategy, with the bidding amount being the cost-per-click they are willing to pay. Ads are then displayed as sponsored results and shown to users who search for relevant keywords. The advertiser then pays the platform for every time a user clicks their link.

Search engines also tend to have dedicated advertising platforms, such as Google Ads (previously known as Google AdWords) and Microsoft Advertising (previously known as Bing Ads) and these are set up to allow marketers to create PPC advertising campaigns, as well as advertisements using other payment models. Using Google Ads as an example, it is also possible to have advertisements displayed on relevant websites and apps, via the Google Display Network.

Generally, these platforms use a combination of different factors to decide when an advertisement is shown. For instance, Google Ads uses an auction-style approach, with advertisers choosing which keywords to bid for and setting the maximum amount they are willing to pay for each click. Yet, it also considers the Quality Score too, and this is a score generated by looking at a range of factors, including click-through rates, relevancy and regional performance.

However, it is also important to understand that the CPC approach is not only associated with search engines. It is an increasingly common model used for advertisements or sponsored posts displayed on social networking sites, such as Facebook, too. On top of this, individual websites may also provide their own cost-per-click advertising space.

Variations of the Cost-Per-Click Model

Within the broader concept of cost-per-click advertising, there are two main variants, which are as follows:

The bid-based approach to cost-per-click is most commonly associated with search engines and advertising networks, rather than agreements made with individual websites. With the bid-based approach, marketers sometimes turn to automated bid management systems, or advertising agencies, in order to strategically manage bid amounts.

Advantages and Disadvantages of CPC

The primary advantage associated with cost-per-click advertising is the fact that the marketer only pays when their advertisement generates click from users. Theoretically, this avoids situations where there is a requirement to pay for an advertisement that users either intentionally ignored, or failed to see. This means that the payment is generally made in exchange for the advertisement generating some level of interest or engagement.

Compared to many other advertising models, getting started with the CPC approach is fairly straight-forward, and it is equally simple to measure and continually monitor results. Adjustments to things like the maximum price you are willing to pay per click can be made easily, and this accessibility reduces the amount of technical knowledge needed.

Moreover, with platforms like Google Ads and Microsoft Advertisements, advertisements can be targeted towards specific keywords, demographics and geographical locations, helping to maximise relevancy. This, in turn, provides marketers with the ability to reach out to their target audience in the moments when they may be most likely to follow through with a desired action, since they are actively searching for a related keyword or key phrase.

In terms of disadvantages, the nature of the cost-per-click model means that advertising campaigns may gain a higher than expected number of clicks, resulting in costs escalating if performance is not closely monitored. If an advert is misleading, there may also be a situation where the ad generates clicks, but conversion rates are low.

Additionally, marketers need to understand that all clicks count the same, regardless of intent. This means that the charge for an accidental click will be the same as the charge for an intentional click. Similarly, rival businesses or malicious actors can attempt to sabotage campaigns by intentionally clicking on ads multiple times. It should be noted that platforms like Google Ads do have some protections in place, but they are not entirely foolproof.

Cost-per-click, or pay-per-click, is an advertising model that allows marketers to pay for instances where their advertisement has actually been seen and engaged with, rather than paying for an advert that may be ignored. The approach first emerged in the mid-1990s and has become widely associated with search engine advertising networks, such as Google Ads, but is also increasingly associated with social media and other channels too.

However, cost-per-click also refers to a metric, which can be used to assess the value for money offered by an advertising campaign. In this context, it is calculated by dividing total advertising costs by number of ad clicks.