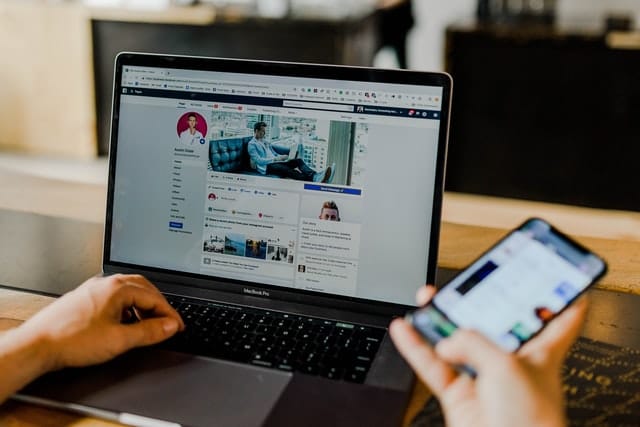 Facebook advertising is a form of social media advertising, which takes place on the popular Facebook social networking site. It is regarded as one of the most valuable forms of online marketing and this is largely because of the range of options available and the sheer number of users who are active on the platform. While it shares many similarities with other online advertising methods, it also has unique elements that must be understood.

Since allowing advertising on their platform, Facebook have continuously improved their offering. In particular, the options for audience targeting have helped to make Facebook advertising a reliable way of reaching specific demographics with content. Most advertising efforts can be managed through the Facebook Ads Manager service.

Facebook advertising is a form of social media marketing, which was introduced to the Facebook platform in 2007. Since its launch, it has been promoted as a way for businesses to reach the exact audiences they want, while allowing ordinary Facebook users to learn more about relevant brands. Although it was initially met with significant scepticism from online marketing experts, it has since emerged as one of the most popular online advertising methods.

Facebook advertisements can take many forms, with options ranging from images and videos, through to carousel posts and slideshows. The format you opt for with your advertisement will likely depend on the message you are trying to convey and what you are hoping the advert will actually achieve. Facebook ads may appear in users’ Facebook newsfeeds, side bars or on associated services, such as Instagram and Facebook Messenger.

Advertisements on the Facebook platform are labelled as ‘Sponsored’ posts, which helps users to differentiate between paid ads and more conventional social media content. In most cases, Facebook advertisements will contain a link to external content and will be paid for on a cost-per-click basis, but alternative models do also exist.

For marketers, most options and settings related to Facebook Advertising are accessible through a service called Facebook Ads Manager. Using this service, you can set your objectives for your advertising campaign, specify the audience you wish to target and decide whereabouts on the Facebook network you want your ads to appear. You can also set your budget, choose your format and access a range of performance metrics once your ads are live.

In terms of the kinds of data available to marketers, you will be able to see how many users have been exposed to your advertisement, how many times the advert has been clicked or interacted with, and how much the campaign has cost you so far. Additionally, you can track things like conversion rates and demographic data, and you can then also make adjustments to the advertising campaign while it is still active, such as changing who to target.

Most Facebook ads are set up to attract clicks, which take users to a particular page or piece of online content. However, it is worth noting that ads can also be interacted with on the Facebook platform too. This means users are able to ‘Like’ or provide other reactions to the ad and leave comments. This allows marketers to receive feedback on the ad itself and allows brands and their target audience to communicate with one another easily.

The nature of social networking sites means that they collect an enormous amount of data about users. By the time you have set up your profile, for example, Facebook will typically know your name, age and location. As you continue to fill out the details, it will also know the languages you can speak, your relationship status, where you work, where you went to school, the music you listen to, the films and television shows you like, and what your hobbies are.

For marketers, the abundance of data Facebook has access to can be extremely useful and this is essentially the main value in Facebook advertising. By running ads through the platform, advertisers can target people based on very specific criteria. For instance, if you have a product that you want to sell, and your target audience is people under the age of 30 who live in the United Kingdom, you can easily set your advertisement to target all of those things.

However, targeting can go beyond even this. The Facebook Ads Manager service provides an option for marketers, which allows you to place a Facebook ‘pixel’ on your website, or on a particular landing page. This pixel collects user data, allowing you to track conversions, but also provides useful options for re-targeting efforts. Essentially, this will allow you to target Facebook advertising towards people who visited a particular page, or viewed a particular product.

This can be especially useful for follow-up marketing and your advertisement could encourage users to complete the sign up process they started, or purchase the product they were viewing earlier. A major benefit of this kind of re-targeting is the fact that you know the users being targeted have displayed some kind of interest in your website, your brand, and/or the products or services you have to offer, which can help to maximise your return on investment.

Arguably the single biggest benefit of Facebook advertising is the potential to reach a huge audience with your advertising content. After all, as of 2020, Facebook is able to boast more than 2.5 billion active monthly users. As stated, these users can also be easily broken down into different demographics and then targeted, so that your advertisements are only seen by the people they are going to be most relevant to.

With the step-by-step approach offered by Facebook Ads Manager, it is also fair to say that Facebook advertising is relatively simple to set up. Regardless of whether you want your advertisement to be a still image, a video, a slide show, or a carousel, and regardless of your budget and strategy, you can have your advertisement ready to go in minutes, without requiring any special technical knowledge. Metrics can then help you to track performance.

In terms of some of the downsides, Facebook advertising can produce lower conversion rates than some other forms of online advertising, and this is partly because advertisements appear on users’ newsfeeds, when they may not be actively seeking anything to do with what you have to offer. This means there is far less user intent than an advertisement displayed on a search engine results page, for example, and can result in more users ignoring ads.

On top of this, Facebook advertising can only reach people who are active users of Facebook, which means a significant part of your target audience may be unreachable. Meanwhile, from those who are reachable, some may have a general distrust of Facebook advertising, due to concerns about Facebook’s bulk collection of data. A number of these users may use the advertising preferences settings to make themselves harder to reach.

For many brands, Facebook advertising now represents one of the single most important online marketing channels, because it offers enormous reach, a user-friendly setup and the ability to target specific audiences with content that is highly relevant to them. However, it is important to distinguish it from search engine marketing, because the lack of direct search intent from users means ads are often seen by people at an earlier stage of the customer journey.

« Back to Glossary
Next Article » Freelancing