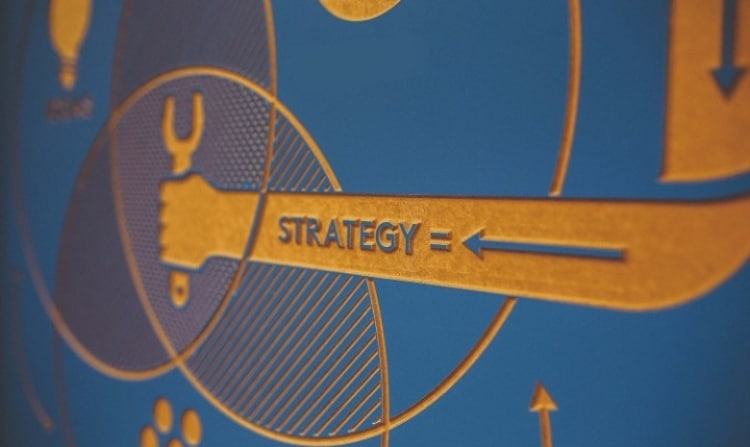 On the social web, a distinction is made between three different types of media: Paid, Owned and Earned. These three areas represent online communication channels that advertisers can use to reach their target audiences. A good online marketing strategy includes a mix of all three types.

The terms Paid, Owned and Earned stem from marketing and media planning. These terms originated with the Finnish mobile phone manufacturer Nokia and were first used in 2008 in the context of media planning. The aim of differentiating between these three forms of advertising was to better classify digital media and determine which options were available in the development of a digital campaign. Since then, there has been a firm belief that a unified and consistent brand strategy is the key to success: in short, Paid and Owned media should be closely aligned.

So what are the differences between the three media types Paid, Owned and Earned Media? And which marketing tools fall into which category?

Paid media (sometimes also known as “Bought Media”) refers to any form of paid advertising on the internet. This type of media, therefore, includes all paid online marketing tools for which companies have to pay. In the online world, paid advertising is the most common form of advertising used by companies.

Many companies use paid media channels as part of their online strategy to communicate their messages and promote their content in a targeted manner. Paid media includes classic banner ads as well as social media ads on Facebook, Twitter and the like. But search engine advertising (SEA) with Google AdWords also counts as Paid media. A newer form of Paid media is content discovery tools such as Outbrain, which companies can use for the distribution of content for a fee.

Companies can control Paid media channels effectively. They can launch their campaigns when they want and have an overview of the costs at all times. But many consumers use adblockers to hide advertising on the internet. They are often suspicious of advertising coming from companies. Therefore, the credibility of Paid media is not very high compared to other types of media.

In the online age, a high-quality corporate digital presence is essential for success. All of a company’s in-house channels are referred to as Owned media. Owned media, therefore, includes all corporate media channels of the company. These can include, for example:

Companies can build long-term customer relationships through their own channels. However, for this to happen, the owned media channels must be managed professionally.

A major advantage of Owned media is that companies have full control over their own channels. Running Owned media channels is also more cost-effective than paid advertising. Unlike recommendations from friends and acquaintances (referral marketing), though, consumers do not always rate the information that comes from companies’ channels as credible. Owned media and Paid media together can result in Earned media.

Earned media refers to the phenomenon of users sharing a brand’s content themselves and thus becoming the channel. By providing good content, companies earn reach on the social web. Consumers communicate about a brand via online word-of-mouth, which can be expressed in comments, mentions or testimonials.

Earned media can lead to more traffic and user engagement. When users share a brand’s content, it can also spread virally across the web. Unlike Paid media, however, companies cannot buy Earned media. Companies can only earn it themselves by providing high-quality, relevant and entertaining content, e.g. with targeted content marketing, PR or search engine optimisation.

To achieve Earned media, a company’s content must meet the following criteria:

It is also important to address the target group on the channels on which they are active. Earned media management includes listening to and responding to users on social media and the web.

The advantage of Earned media is its particular credibility, but it can have disadvantages: in contrast to Owned media, it is difficult to control and can even convey negative messages about the company. Furthermore, it is difficult for companies to monitor and measure.

Companies often consider Earned media to be free of charge. But the production of high-quality content (e.g. blog articles, graphics or press releases) that leads to Earned media takes time and costs money.

A comparison of the three media types – Paid media, Owned media and Earned media – is shown in this graphic by Forrester: 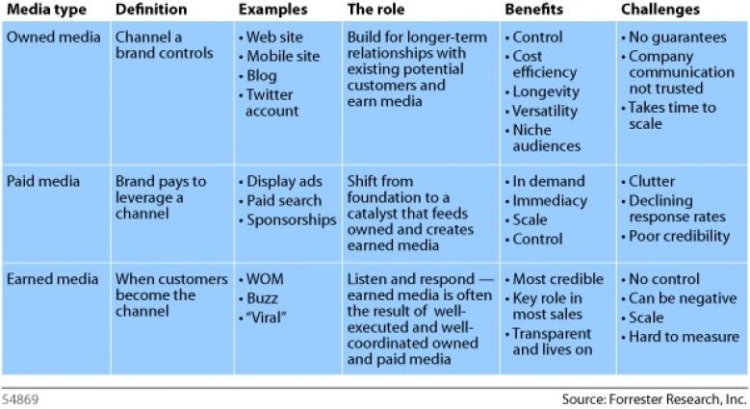 The distinction between Paid, Owned and Earned media originates from media planning. In online marketing, the three terms have evolved to classify which digital marketing instruments are used in a campaign.

All three media types have their particular advantages and disadvantages. Depending on the company and the campaign, a different distribution of Paid, Owned and Earned media may be appropriate. While Owned media refers to a company’s own channels (e.g. website or blog), Paid media (e.g. banner ads) serves to arouse the target group’s interest in the company’s offerings. Ideally, Earned media emerges from this, as consumers redistribute the company’s content themselves.

« Back to Glossary
Next Article » Plagiarism