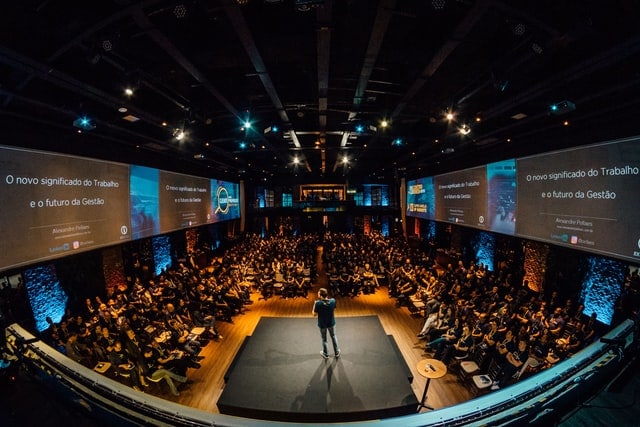 Speechwriting is the practice of writing content that is intended to be delivered to an audience via a speech. The speech itself may be given by the same person performing the speechwriting activity, but it may also be delivered by somebody else. For example, speechwriters are often employed by government officials and other senior politicians, while they may also be hired to write speeches for weddings, funerals, press conferences and other events.

As a discipline, speechwriting requires both excellent written communication skills and an understanding of verbal communication too. Speechwriters are often knowledgeable about specific topics and specialise in writing speeches related to that topic, although some speechwriting professionals do operate on a more flexible basis.

Speechwriting is the name given to written work that is produced with the intention of it being delivered via a speech. It is usually a collaborative process, where a speechwriter communicates with the person who will be delivering the speech, tries to understand the message they are looking to convey and then writes the speech with that person in mind. However, speechwriting can also be carried out by the person who ultimately gives the speech too.

Some of the most famous speeches in history, including President John F. Kenny’s “Ask not what your country can do for you…” speech, were written by professional speechwriters. In some cases, the person delivering the speech may not actually have any involvement in the speechwriting process at all, but this is less common.

The nature of speechwriting distinguishes it from most other forms of writing. After all, a speechwriter needs to write words that will be listened to by their audience, rather than read and interpreted. For this reason, it is sometimes said that a good speechwriter is able to “write out loud”, meaning they understand how their words will sound.

Speechwriters will also often have to contend with the fact that their words are likely to be credited to somebody else. This is especially true for political speechwriters, and there have been many examples of politicians being credited with words or entire speeches that were actually written by a professional speechwriter. This willingness to sacrifice personal credit means speechwriting can be compared to the discipline of ghostwriting.

Prior to beginning the speechwriting process itself, it is important to think about the purpose behind the speech. In other words, what is the topic being discussed? What is the occasion? What is the speech intended to achieve? Is the speech meant to persuade people, entertain people, inform people, or a combination of these things? It may also be necessary to carry out research about the topic the speech will be covering.

Good speechwriting means giving consideration to the person delivering the speech and what they want to say, but also giving consideration to the audience and what they want to hear. On a basic level, this may include things like injecting humour, or finding other ways to boost engagement. On a deeper level, it means understanding the audience’s level of knowledge about the topic at hand and then adjusting the language used in the speech accordingly.

For example, if you are writing a speech that is going to be delivered by a scientist, to a group of scientists, it is likely to be acceptable to include complex scientific language and jargon. Yet, if the same speaker was delivering their speech to the general public, who may lack this kind of in-depth knowledge, it would usually be best to avoid jargon and to try to make the speech accessible as possible, using more simple language.

There are a number of techniques that are used within speechwriting, but which are less common with traditional written works. For example, repetition is often a key part of speeches and can be a useful rhetorical device, helping to emphasise key points and keep the audience engaged. Martin Luther King’s “I have a dream…” speech is a good example of a famous speech that utilises repetition effectively, with the phrase “I have a dream” appearing eight times.

Repetition of this kind can be useful in speeches, but is less likely to feature in more conventional writing, because a reader would have the ability to re-read the text, whereas those listening to a speech do not have that luxury. As an audience’s attention span can be limited, repetition also helps to highlight to them that the thing being said is important and needs to be remembered for the rest of the speech to make sense.

It is also common for speechwriters to utilise shorter sentences than those seen in other forms of writing. This can help to make spoken sentences easier to understand. In fact, it is usually considered good practice to remove unnecessary words from speechwriting, as long as removing those words does not adversely affect the clarity of the message.

Most speeches are written with a basic three-part format, consisting of an introduction, the main body of the speech, and an ending. When crafting a speech, a popular tactic is to use the introduction to make at least one powerful or intriguing statement, which encourages listeners to pay attention. The body is used to flesh out the main ideas or the central argument. Then, the ending should be memorable and can summarise the speech or present a conclusion.

Speechwriting is intended to give a person performing a speech the best possible chance of conveying their intended message. People seek out speechwriting services, because speechwriters have an understanding of the differences between writing text that is meant to be read, and writing speeches that are meant to be heard. With this in mind, good speechwriters are often said to possess an ability to “write out loud”.

There are a number of speechwriting techniques, which can help to make a speech more memorable or entertaining, make an argument more convincing or persuasive, and help to get a point across more effectively.

In most instances, speechwriting ends up being a collaborative effort, involving both the person delivering the speech and the person who specialises in speechwriting. However, speechwriters will often have to come to terms with the fact that the person making a speech will usually receive the lion’s share of credit for the content in the end.