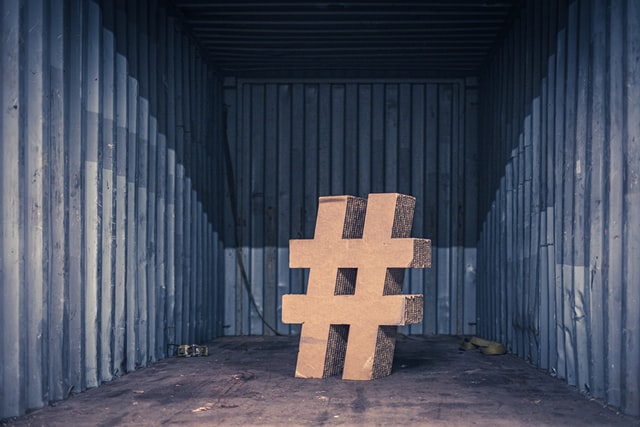 Tagging is a practice associated with information systems, where content is labelled with a keyword, descriptor, index term or text string, which provides further information about that content. With this in mind, a tag can be considered an example of metadata – or data that provides information about another piece of data.

Many different types of content can have tags attached to them, with examples including blog posts, website articles, computer files, and content on social media platforms. The purpose behind these tags can vary depending on the type of content in question. However, generally, tagging is used to provide additional information, offer further context, make content more easily searchable, and/or allow similar types of content to be grouped together in one place.

The concept of tagging, as we understand it today, can be traced back to early examples of online databases and websites, where tags were primarily used as a navigation tool. Yet, tagging has also become much more widespread since the turn of the 21st century, thanks to the popularity of social media, blogging and social bookmarking.

Put simply, a tag is a keyword, phrase, descriptor or label, which can be assigned to a piece of data, in order to provide more information about that data. This can help to make the data in question easier to find through searching, and can also make similar types of data easier to group together or to access at the same time. Furthermore, tags can play a role in helping to actually describe data, offering context and making it easier to understand.

Although tagging is still associated with online databases and websites, the uses for tags have evolved. Nowadays, you might encounter tags on blogging platforms, on social networking sites like Facebook and Twitter, or within computer file systems. Increasingly, tags are also associated with a prefix, such as the ‘#’ symbol at the beginning of a hashtag, or the ‘@’ symbol at the start of a social media name tag, and this can make them easier to identify.

While most tags are intended to assist with navigation, categorisation and/or contextualisation, it is important to understand that tagging practices can also vary quite significantly as well. For instance, the purpose of social media tags is often substantially different to the purpose of a tag that is attached to a blog post. It is, therefore, worthwhile to take the time to familiarise yourself with some of the main types of tags and their uses.

To better understand tagging, it can be useful to examine the different situations and contexts in which the practice is actually used. Some of the main examples of this are outlined in more detail below:

Social media tagging, or social tagging, is often used to include other users within content and to provide additional information about the content. On Facebook, for example, a user may upload a photograph and tag each of their friends who are seen in the image. This then makes the content visible on those other users’ Facebook feeds and also provides those viewing the photo with some additional information about who is in the photograph.

Similarly, tags can be used in comments or replies on both Facebook and Twitter to draw another user’s attention to a piece of content, or to involve them in the discussion. In this sense, tagging can actually function in a similar way to an alert, because the user is notified of the fact that they have been tagged in a post.

Social media has also helped to give rise to the ‘hashtag’, which is a kind tag with the ‘#’ symbol at the start. Hashtags are usually used to group similar posts together and to allow users to more easily find related content. For example, adding the hashtag #GameofThrones to a Twitter post suggests the post is about Game of Thrones. By clicking on the hashtag, you can then see other posts with that hashtag, making it easy to find Game of Thrones-related content.

Hashtags must be written as one word, although upper and lower case letters are sometimes used to make some hashtags easier to read. Nevertheless, the actual functions of a hashtag are not case sensitive. Therefore, aside from their visual differences, the hashtags #TextbrokerUK, #TEXTBROKERUK and #textbrokeruk would all be considered functionally the same by Twitter, Facebook, Instagram and most other platforms.

Within blogging and article writing, on the other hand, tags tend to function more like keywords. To offer an example, blog posts may be given tags, which will typically help to describe the topics that are covered within the post. This then helps to categorise blog posts, making it much easier for users to find similar posts. At the same time, using tagging in this way can also assist with a content siloing strategy, boosting SEO efforts.

Advantages and Disadvantages of Tagging

The main advantage of tagging is the ability to provide data or online content with additional context. This can then potentially make files, posts and other information easier to find and understand. On many platforms, multiple tags can be attached to a single piece of content, which can be extremely helpful from an organisational perspective. This then allows a blog post or web article to be easily categorised into multiple different topic areas at the same time.

One possible disadvantage of tagging is the fact that the same tag could mean multiple things at once. This is especially true when you consider that some words are homographs, meaning they are spelled the same way, but have different definitions. An example of this is the word ‘saw’, which can be the past tense of the word ‘see’, a word used to describe a cutting tool, or a verb describing a particular cutting motion. Using these words within tagging may then lead to situations where two or more unrelated tags actually overlap, causing confusion.

A related problem also exists with hashtags, which can sometimes cause confusion due to their format. For instance, following the death of the former British prime minister Margaret Thatcher, the hashtag #nowthatcherisdead (“now Thatcher is dead”) began trending on Twitter, with people discussing the ramifications. However, some users read this hashtag as “now that Cher is dead” and mistakenly thought the famous singer Cher had died.

While that particular example had no major long-term consequences, a misunderstood hashtag used in a marketing campaign could prove costly, especially if it results in people discussing something other than what you intended. It is also possible that someone else could hijack a hashtag, in order to drive traffic towards their own unrelated content.

Tagging is the practice of using a keyword, label or similar string of text, in order to attach useful metadata to content. Tags are used in slightly different ways across various platforms, but generally help to provide additional contextual information, while assisting with navigation and discovery. With that said, there are some notable limitations associated with tagging too, such as the potential for tags to be misunderstood or even hijacked.

« Back to Glossary
Next Article » Types of searches: transactional, navigational, informational