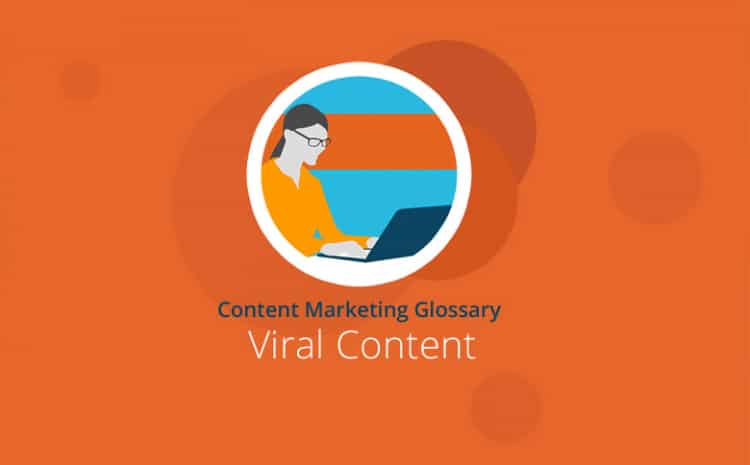 Content can become viral for a range of different reasons and it can be extremely difficult to predict, which makes it hard for marketers to reliably create viral content. Nevertheless, the reach it can achieve, the fact that much of the distribution is handled by the audience, and the positive associations it can generate all mean that the successful creation of viral content is a key goal for many modern businesses and online marketing professionals.

Viral content is any type of content that is shared rapidly across the internet and generates a significant amount of attention. The name stems from the idea that the content spreads from person-to-person in a similar way to a virus and although the origins of viral marketing are difficult to pinpoint, it is generally believed to have emerged in the mid-1990s, at which point it was closely connected with influencer marketing.

Today, the idea of viral marketing tends to be associated with platforms like Facebook and Twitter, as these allow content to be very quickly and easily shared with multiple people at the same time. However, it is important to understand that social media sites are not the only way for viral content to spread, as it can also be shared through email, instant messenger apps, web forums, newsgroups and a variety of other methods.

Almost any type of online content has the potential to achieve viral status, but it can be difficult to predict what content will capture people’s imagination sufficiently to be shared en masse. Despite this, marketers often strive to create viral content, because it offers numerous benefits, including low costs, wide reach and positive brand associations. For all intents and purposes, it also turns the large sections of the audience into brand ambassadors.

Content can go viral for a variety of different reasons. It may be funny, or entertaining, or extremely informative. It might present a viewpoint that challenges the status quo, it might produce feelings of joy or outrage, or it could remind people of the past, or excite them about the future. Nevertheless, it also often relies on timing or even luck, as two pieces of content can offer very similar things, but they may not both go viral.

Viral content remains closely associated with the concept of influencer marketing. Indeed, one of the ways that some marketers attempt to ensure their content goes viral is to target social media influencers – generally people with a large following, who are trusted by a particular audience segment. By targeting these influencers, the trust they have built up with their audience can be leveraged to spread content and establish its value quickly.

One of the main advantages that viral content can offer businesses and marketing professionals is the means of reaching an audience in a way that is less overtly promotional than most traditional methods, such as banner advertisements or television advertisements. This is important because many modern audiences are now naturally cynical towards marketing messages and people are more likely than ever to reject them outright.

Yet, with viral content, because the content is passed from person-to-person, rather than from a business to a potential customer, it is seen through a less cynical lens. In this sense, when a business successfully creates viral content, it serves as a more stealthy or covert form of marketing, which is less likely to be rejected.

Given the value that viral content can offer, it is important for marketers to try to understand what actually results in content being shared rapidly across the internet. Despite the fact that viral content is extremely unpredictable by its very nature, there are some common features to be aware of. While including these features within a piece of content cannot guarantee that it will go viral, it may be able to significantly improve the chances.

One feature that is shared by many examples of viral content is some kind of entertainment value. For this reason, many marketers try to design entertaining and engaging content, instead of presenting audiences with more simplistic information or more obvious marketing messages. Similarly, humour is a common feature with viral content and this is especially evident with the emergence and widespread sharing of funny internet ‘memes’.

Audience participation can also be effective in helping content to go viral. This is a feature that is seen in many of the most famous instances of viral trends on social media, with examples ranging from the Ice Bucket Challenge to Kony 2012, both of which made the audience feel as though they could actually help a cause by sharing the content. Audience participation is also a factor in helping content like Facebook quizzes to go viral too.

Ideally, to give content the best possible chance of going viral, it should be unique, surprising, or of genuine interest or worth to a particular audience. Highly visual content is more likely to be shared than pure text-based content, as is content that generates a strong emotional response from the audience. This is true regardless of whether the emotional response is positive or negative, with examples including happiness, sadness, anger, fear or nostalgia.

Finally, one of the concepts marketers speak about when discussing viral content is the idea of ‘social currency’. In simple terms, this is the idea that sharing certain things can make people look better. For instance, passing on content that is associated with a charity can reflect positively on the person sharing it. It is generally accepted that this influences viral potential, because the better content makes people look, the more likely it is to be shared.

Ultimately, viral content is simply a piece of content that has spread quickly from one person to another, over the internet. Viral content does not need to be promotional in nature, but many marketers are keen to capitalise on its power and potential, because it allows their messages to be shared quickly, in a way that avoids seeming overtly promotional, making it more likely to be embraced by cynical audiences.

While it can be difficult to anticipate what content will go viral, most viral content is either entertaining, useful or interesting. Common features include humour and an emotional pull, while audience participation can also help. Moreover, marketers are increasingly aware of the idea of social currency, and the belief that sharing certain types of content makes people appear like a better person. This, in turn, makes them more likely to share it.

« Back to Glossary
Next Article » Viral Marketing