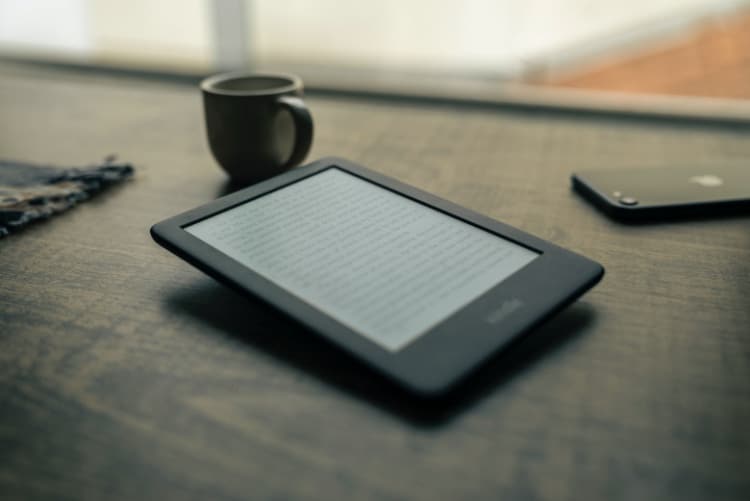 An electronic book, or ebook for short, is a book-length publication, which is distributed to readers in digital form. While they are primarily designed to be read on an e-reader, with examples including the Amazon Kindle a the Barnes & Noble Nook, ebooks are also readable on most modern desktop computers, laptops, tablets and smartphones, assuming the device has the right software or app installed.

The vast majority of ebooks are distributed online, either through e-commerce systems, or offered for free by publishers on their own websites, although they are also sometimes distributed in libraries or book stores. Many ebooks are digital versions of books that also exist in print, however some ebooks exist without a traditional print version and many authors choose to self-publish ebooks due to the low costs and quick distribution associated.

The history of the ebook can be traced all the way back to the 1940s, when the first e-readers were invented. The first ever ebook available on the internet was the US Declaration of Independence, which was created in digital form by Michael S. Hart in 1971. Hart also created Project Gutenberg; a digital library, which primarily consists of converted public domain titles. By 1996, Project Gutenberg had reached 1,000 English language ebooks.

Nevertheless, the concept as it exists today did not become especially popular until the end of the 1990s. It was during this decade that Adobe introduced its PDF format and this was followed soon after by the Open eBook OPF format. The latter would eventually lead to the EPUB format, which is now the most widely-supported format. By the late 1990s and early 2000s, ebooks could be obtained from many online retailers or from a public library.

The first commercially available e-readers emerged in the late 1990s, although sales of such devices exploded the following decade, with the release of the Sony Reader, Amazon Kindle, Barnes & Noble Nook and Kobo eReader, among others. This popularity continued to grow as tablets and smartphones became more commonplace. Today, ebooks are sold by a huge number of online retailers and internet companies, including Amazon, Google and Apple.

Both professional and amateur authors create ebooks and these include both fiction and non-fiction publications. In addition, many businesses use ebooks as a form of content marketing. In this context, ebooks operate in a similar way to white papers and case studies, providing readers with valuable information on their particular industry, on business developments and/or on products, with a view to increase brand awareness and sales.

Today, there is a wide number of ebook formats, including PDF, EPUB, AZW, AZW3, KF8 and IBA. They can be read on dedicated e-readers, on computers, on tablets or on smartphones. Many devices or software packages offer additional support features, including built-in dictionaries, allowing words to be defined quickly, and audio support, where the book is read out loud, effectively turning it into an audio book.

Most commercial books are now published in both hard copy and ebook form at the same time, using the same digital file to create both. However, with older books, which were published before ebooks became mainstream, the process of converting them into ebook form is more complicated. Although some books are converted to ebook manually, it is now more common for this process to be automated through document scanning technology.

When compared to traditional printed books, one of the biggest advantages of ebooks is space-saving, because physical copies of the books do not need to be stored. Indeed, the software on most e-readers, smartphones, tablets and computers allows users to store thousands of ebooks in a personal library, with the only real limitation being the amount of file storage that is available on the device itself.

The vast majority of e-readers offer a range of supporting functions, which make reading an ebook easier than reading a print book. These include light sources, allowing for reading in the dark, text-to-speech software, which can be beneficial for dyslexic or visually impaired people, a search function, allowing specific words or phrases to be found instantly, and a dictionary, with Amazon reporting 85 percent of customers look up words as they read.

While initial investment in an e-reader may be more expensive than buying a book, e-books themselves are often sold at a significantly lower price and books published before 1923 are considered to be in the public domain, meaning ebook versions can usually be obtained legally for free. Moreover, a key advantage to the ebook format is the lack of paper needed to create them, which has environmental benefits.

For authors, ebooks offer an easy, affordable way to distribute their publications online through self-publishing, rather than going through traditional publishers. Authors also have the ability to edit mistakes and instantly publish an updated edition. For businesses, an ebook can be an effective form of content marketing and many businesses use ebooks for lead generation, requiring contact information before their file can be downloaded or accessed.

Despite the many advantages of ebooks, there are some potential disadvantages to them when compared to printed books as well. One of the most obvious disadvantages is the lack of a physical object to own. Books, more than many other types of media, including music and film, are often treasured possessions and people enjoy collecting and displaying them, which is not possible with an ebook library.

Due to the fact that ebooks are essentially just digital files, they are vulnerable to file corruption, accidental deletion and damage. Additionally, they can be easily pirated, which is a major disadvantage from a selling author’s perspective, while some e-readers require internet access at all times. Finally, there are potential privacy issues, because e-reader providers are usually able to monitor what each customer has read, or is currently reading.

The ebook market is growing at a fast pace, because book-length digital publications are easy and cheap to produce, inexpensive or even free to acquire, and offer a number of additional benefits to readers. The introduction of e-readers like the Amazon Kindle helped to improve ebook sales after the turn of the millennium and today, ebook files like EPUB and PDF can be read on a huge number of devices, including phones, tablets and computers.

For authors, ebooks provide a great opportunity to publish work without having to seek out a traditional publisher, while businesses are able to use them as part of a wider content marketing strategy. Meanwhile, most books published before 1923 are legally available to download for free in ebook format, which has helped to increase readership of classic novels and other important or historically significant titles.

ebooks are an enjoyable alternative to traditional books, and any good ebook reader, such as the Kindle, will give access to a library of thousands of titles – some free, some at a price – and are a sure way to enhance the reading experience.

« Back to Glossary
Next Article » Email Marketing