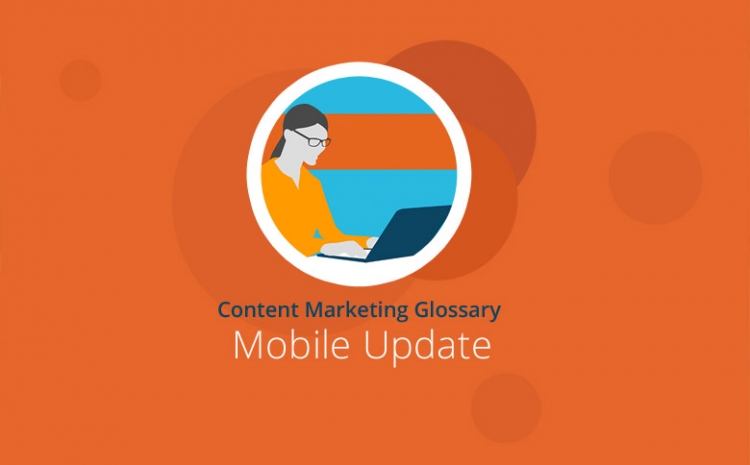 The Google Mobile Update was the name given to a new Google algorithm, launched in 2015, which was designed to reward mobile-optimised web pages by boosting their rankings on its search engine results pages. The update was released in response to the growing trend of Google searches originating from mobile devices and, for this reason, it only affected search results stemming from mobiles, as opposed to searches from desktop or laptop computers.

Google’s decision to update its algorithms in this way was intended to improve the user experience for mobile users, presenting them with more mobile-friendly options. It created challenges for marketers, however – especially if they had not yet optimised their web pages for display on mobile devices – as they faced the prospect of being penalised in terms of visibility. Indeed, among SEO experts, the change was dubbed ‘Mobilegeddon’.

The ‘Mobile Update’ was the name given to an update to Google’s search engine algorithms, which rewarded web pages that were deemed to be ‘mobile-friendly’ by boosting their position on search engine results pages. This was significant because many online marketers strive to rank as highly as they can on SERPs. Doing so offers benefits in terms of visibility and traffic generated by web pages, so it was necessary for marketers to adapt to the change.

Google first announced that the change was coming in February 2015 and the update was subsequently implemented on 21st April, 2015. This date was referred to as ‘Mobilegeddon’ by Chuck Price from Search Engine Watch and that name was then used by many other websites and SEO professionals. Other names for the update included ‘Mobilepocalyse’ and ‘Mobocalypse’, with all of these names hinting at a major disruption occurring.

The decision to update the search engine’s algorithms was intended to improve the user experience for those making Google searches from mobile devices, with the intention being that these users would see more mobile-optimised web pages in their results pages, and fewer results that were more difficult to view on a mobile or tablet. The years prior to the algorithm update had seen a dramatic increase in the number of searches originating from mobiles.

Before the update was rolled out, the company made it clear that the changes would only impact searches originating from mobiles and would not affect searches from desktop computers or laptops. It was also made clear that the algorithm update would be implemented across the board, in all languages and regions, and would apply to individual web pages, rather than full websites. This allowed website owners to make changes before the rollout.

One aspect that was regarded as controversial – at least before the rollout took place – was a decision to treat web pages as either mobile-friendly or not mobile-friendly, with no grey areas and no sliding scale. This caused some panic among website owners and marketing professionals, who were unsure of exactly how many features needed to be present for a web page to be classed as mobile-friendly, or mobile-optimised.

The Mobile Update from Google meant the search engine’s algorithms would now categorise pages as either mobile-friendly or not mobile-friendly and this initially caused concerns among website owners and marketing experts, who were unsure as to how this would be decided. However, soon after the initial announcement of the update, Google offered advice on its blog on how webmasters could optimise their web pages to benefit mobile users.

While the company did not release concrete information on exactly how it would decide which web pages were mobile-friendly and which were not, there are some general principles that website owners can turn to in order to give their pages the best possible chance of being classed as mobile-friendly. These are as follows:

To be considered mobile-friendly, the mobile version of a web page should load automatically when a mobile user clicks on a link from the Google search engine results page, rather than requiring the user to manually select that they want to see the mobile version of the page. It is also important for webmasters to avoid the inclusion of any on-page elements that could cause technical problems for mobile browsers.

Impact of the Mobile Update

In the weeks between Google announcing the Mobile Update and the search engine actually implementing it, its potential impact was hyped up, with many marketers expecting dramatic changes in visibility for certain web pages. However, in the months after the update, the consensus opinion was that the impact of the update was less dramatic than many had initially anticipated, with most websites only experiencing relatively minor changes.

With that being said, the update broadly achieved what Google intended. For example, an early analysis from Moz found that there was a slight increase in the number of mobile-friendly results on page one of the search engine’s results pages, while a separate study from BrightEdge noted a 21 per cent decline in non-mobile-friendly web pages on the first three SERPs. Searchmetrics also reported a slight loss in rankings for non-mobile-friendly pages.

Many webmasters reported a reduction in traffic to pages that were not optimised for mobile devices. Yet, at the same time, it was also noted that traffic from searches originating from desktop or laptop computers remained fairly consistent. This suggested that Google had successfully limited the impact of the update to mobile searches.

The Mobile Update from Google represented something of a change in approach for the search engine, as it responded to user trends and insisted that mobile users should be presented with as many mobile-friendly search results as possible, without adversely affecting the quality of those search results. Various assessments in the months and years since the update have suggested that it was broadly successful in achieving those aims.

News of the update produced a substantial response from marketing professionals, who dubbed the day the update went live as ‘Mobilegeddon’. Nonetheless, it is generally held that much of the initial panic was overblown. Google presented webmasters with advice on how to optimise web pages for mobile users and the company also took care to ensure that the changes would only impact searches originating from mobile devices.