You're here: textbroker.co.uk » Glossary » Above the Fold 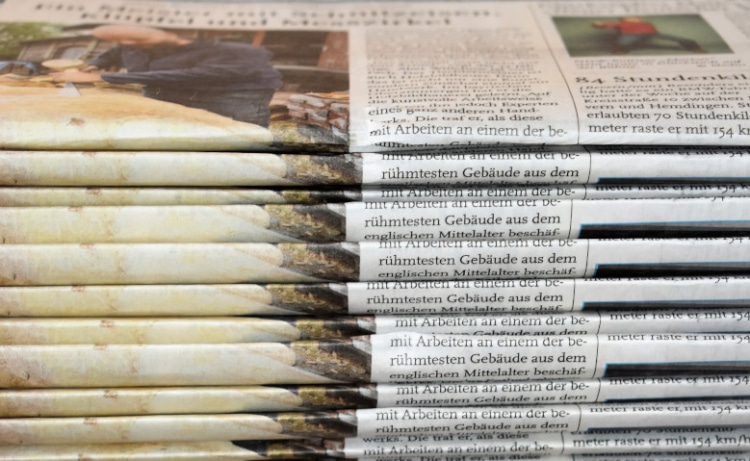 Above the Fold: Brief Summary

Above the fold, sometimes referred to as above the scroll, is a term used within the fields of web design and online marketing, in order to describe the area of a web page that is visible without scrolling. In this sense, most web pages can be separated into content that is above the fold and content that is below the fold.

This is considered an important concept within web design, because some research shows that users can be unwilling to scroll to find content. For this reason, many designers and marketers believe that the best approach is to put the most important information high up the page. However, this is not universally accepted and remains a topic for debate.

Above the Fold: Detailed Summary

Understandably, this led to a situation where newspaper editors prioritised the top half of their front page, as this would be the most widely seen section. Similarly, advertisers paying for space on the front page would also prefer that their advert was displayed above the fold, as it would be viewed by more people.

In the 1990s, this basic premise was then adopted by many within the field of web design. Although web pages do not have a fold, a similar idea still applies, with visitors able to see some content as soon as they land on a page, while other content, which is placed lower down the page requires, them to scroll down to see it.

This separation of above the fold and below the fold content is based on either evidence or an assumption that content placed above the fold enjoys greater visibility, as some users will be reluctant or unwilling to scroll. It is also often assumed that the more scrolling that is required to view content, the less likely that content is to be seen.

In the infancy of the world wide web, this design principle carried a lot of weight. After all, internet connections were significantly slower than today, meaning pages took longer to load. However, as connection speeds have increased and user habits have changed, there is now more debate about whether or not the above the fold distinction still matters.

The idea of above the fold content has been further complicated by modern technology. In the past, there were a relatively small number of screen resolution sizes that were commonly used. However, with smartphones, tablets, laptops, and modern computer monitors, this is no longer the case.

It could be argued that smartphone screens have now overtaken computer screens as the priority for web designers. Yet, with mobile phone screens coming in a wide range of sizes, this makes it even harder to come up with a standard definition of what constitutes above the fold, and the above the fold content may differ from user to user.

Over the years, a number of studies have focused on the topic of user behaviour in relation to above the fold and below the fold web page content. Perhaps the most famous of these studies came from Jakob Nielsen and Hoa Loranger, which was published in Prioritizing Web Usability (2006). Their research found that just 23% of users scroll on their first visit to a website, meaning 77% only see the above the fold content.

These findings are backed up by research published by Nielsen Norman Group in 2015. Through eye-tracking, it was found that the 100 pixels just above the fold were viewed 102% more than the 100 pixels directly under the fold. There is also an 84% difference between how users treat above and below the fold content.

However, this is somewhat contradicted by Chartbeat research, which found that while content higher up the page is viewed by a greater number of people, actual user engagement is often higher with content that is below the fold. This study also found that some users instinctively start to scroll before the page is fully loaded.

It is important to understand that user behaviour can also differ depending on the web page they have landed on, and also depending on what users are expecting to find on that page. Willingness to scroll may vary depending on whether a user is viewing a landing page, a product page, a website article, a blog post, and so on.

Although modern web users view content on a wider range of devices than ever before, for web design purposes, the top 768 pixels of a page is often considered as close to a ‘standard’ definition as there is of above the fold. Some other companies refer to the first 1,000 pixels as being above the fold, but the aforementioned Chartbeat research found that, on home pages, only 50% of users actually make it down to pixel 1,000.

With this in mind, even in the modern age, the old design principle of keeping important information above the fold is still widely embraced. Generally, this information should include the name of your website, a clear value proposition and navigation links. On landing pages, your call to action may also be best placed in this section.

The balancing act here, of course, is to prevent the top of the page from looking cluttered, which can result in user confusion and higher bounce rates. One tip is to try to keep the most important information above the fold, but keep that information relatively concise, then encourage users to continue scrolling for more detail.

Some web designers aim to avoid the problems associated with above the fold and below the fold content through ‘pagination’, which is where web content is divided into different pages. As a result, using this method, it is possible for everything to be above the fold and for scrolling to become a non-issue.

Pagination has both pros and cons. It can be beneficial for advertising revenue and can also allow websites to track precisely how far through a piece of content users actually get. Yet, many users find loading separate pages extremely frustrating. An alternative form of pagination is a Wikipedia-style contents section, with links that jump to each section.

Above the fold refers to content on a web page that is visible to users without scrolling. Received wisdom states that users are reluctant to scroll on many web pages, meaning content that is above the fold has greater visibility. Therefore, many designers and marketers believe the most important information should be placed above the fold.

With that being said, user willingness to scroll remains a topic of debate, especially as internet speeds have increased. Moreover, the modern prevalence of smartphones and tablets, all with different screen sizes, has also made it harder to establish a standard definition of precisely where the ‘fold’ actually is on each web page.

Join over 80,000 customers world-wide, and use Textbroker for your Content Marketing.

« Back to Glossary
Next Article » Advertorial