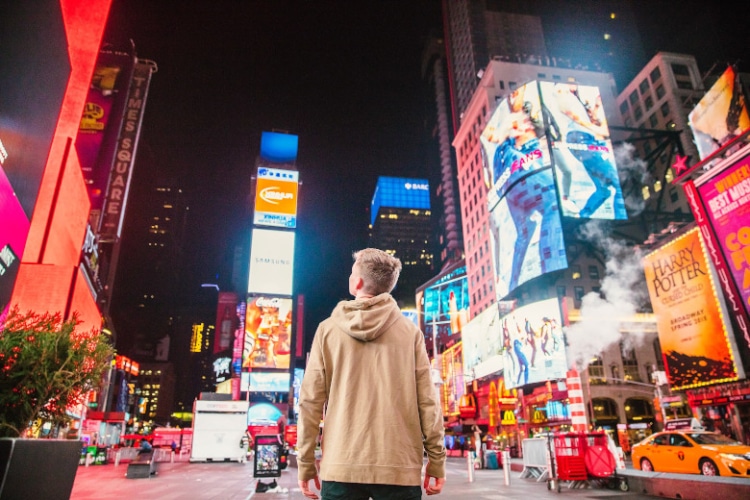 An advertorial is a piece of advertising content, which is designed to look like editorial content or journalism, as opposed to more overt promotional content. The word itself is a portmanteau of the words “advertisement” and “editorial” and this is a helpful way of thinking of the content itself, as it contains clear elements of both.

One of the key advantages of advertorials over more traditional advertising is the way it blends in with the other content featured on the website or print publication it appears in. This can make it more difficult for readers to identify it as promotional content, which can make it appear more trustworthy. However, the practice can also be controversial.

The purpose of an advertorial is to deliver promotional content to readers or consumers in a way that appears to be objective. In order to do this, a marketer will try to make the advertorial content conform to some of the typical conventions of the website, publication or medium it will appear in, so that it does not stand out as obvious advertising.

It is believed that this can be beneficial because many consumers are naturally suspicious of advertising content and find it to be untrustworthy. Additionally, with the rise of ad-blocking software and on-demand television, the percentage of people who actually see more overt advertising content is declining all the time.

In the past, advertorials have most commonly been associated with print media, such as newspapers or magazines. In this medium, an advertiser will usually pay to have their advertorial featured and will write content that appears like any other piece of journalism in the same publication, but with a promotional objective.

However, in more recent times, it has also become common for advertorials to appear on websites, blogs, social media platforms and other online publications. Here, the basic premise is the same, with the promotional content written by a third party, and intentionally designed to look like objective, editorial content.

In both print and online mediums, advertorials can potentially benefit publishers in a number of key ways. If the advertorial space is being sold, it represents an effective way to make money from advertisers. Meanwhile, even when space is provided for free, it can help bloggers and website owners to publish new content and generate hits.

To avoid running into difficulties, it is important for marketers and publishers to be aware of the legalities surrounding the creation and publication of advertorials. This is especially true in print media, where the various rules and regulations can differ from one country to another and can be quite strict.

In the United Kingdom, the publication of advertorials in newspapers and other print publications is governed by the Advertising Standards Association, which requires advertorials to be clearly labelled, in order to avoid misleading readers. This applies to all content provided by third-party marketers on a paid-for basis.

With online advertorials, these rules tend to be less stringent, and it is common for blogs to feature content written by third parties, with either the primary or secondary aim of advertising products or services. However, on social media platforms like Facebook, advertorials will usually have to include a ‘Sponsored Post’ or ‘Advertisement’ label.

Pros and Cons of Advertorials

For marketers, advertorials offer a number of advantages, including allowing a greater amount of promotional content to be published than with a traditional advertisement. Advertorials tend to be hundreds of words in length, providing more scope to promote specific aspects of a product, or to go into detail about a brand.

Moreover, when used effectively, advertorial content will not only promote the products or brand that are being advertised, but will also help to establish either the author or the advertising company as a thought leader or expert voice. This can have the knock-on effect of building greater trust and generating further exposure.

Of course, low-quality advertorials are unlikely to achieve any of these benefits, as consumers see through it. Examples of this include advertorials that present obviously biased or disingenuous content, or those where the marketer fails to make the content resemble more impartial or objective content on the same platform or publication.

Another drawback is that an advertorial could run the risk of attracting criticism from a publication’s regular readers. This is especially likely if readers get the sense that an advertorial is misleading in any way. Meanwhile, the rules about labelling advertorials can mean that those who are most sceptical about advertising may not read them.

One of the most valuable tips for marketers looking to publish an advertorial is to take the time to study the platform or publication first. This can allow you to get a sense for the type of content that is usually featured, the tone that is usually adopted and what readers respond positively to, so that your advertorial is well received.

Study the type of language used, how sophisticated it is, and the types of titles and headings that are used. It is also important to try to get a sense of who the audience is and write your advertorial accordingly. See if you can identify issues that the audience has problems with and focus your advertorial on solutions.

In most cases, advertorials will be intended to get readers to actually do something, such as buy a product, download a research paper, visit a web page, sign up for a newsletter, or make a phone call. Try to include a strong call to action at the end of your advertorial, so that readers are under no doubt about what it is you want them to do.

Advertorials have traditionally been associated with newspapers and other print media, but are now an increasingly popular form of online marketing as well. This is especially true with blogging communities, where third-party content regularly appears and where readers are often less suspicious about the motives of marketers.

Within this online sphere, advertorials serve as an example of native advertising and can also offer advertisers a way of reaching consumers who may be unreachable through other means, due to the prevalence of ad-blocking software. The success of advertorial content relies on the content matching what readers typically see on the same platform.

Join over 80,000 customers world-wide, and use Textbroker for your Content Marketing.

« Previous Article Above the Fold
Next Article » AdWords Ad Text