You're here: textbroker.co.uk » Blog » For clients » Knowledge » Snapchat: Do you need this too?

Snapchat: Do you need this too?

Some fleeting moments are just naturally exciting: Mountain climbers under the name #Everestnofilter revealing breath-taking snaps from their latest adventure; Stars like Lady Gaga and Rihanna sharing interesting pics into their everyday lives; And certainly, groundbreaking news of Taco Bell's and Nissan's, to name a few, incredibly successful marketing campaigns is enough to get our pulses racing. It's time to take a look at Snapchat. 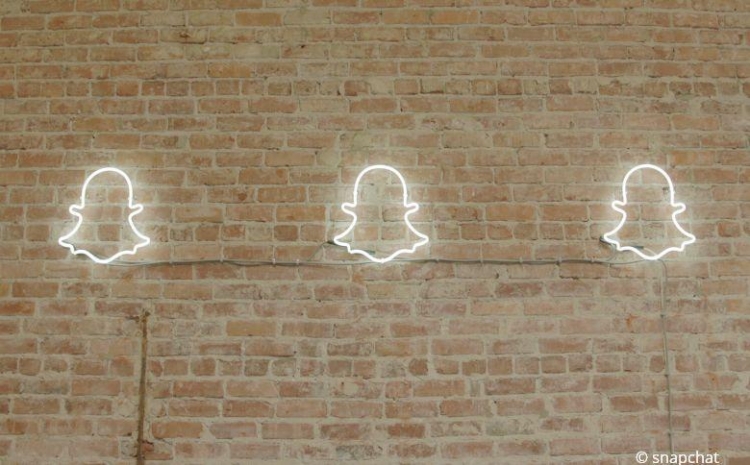 Snapchat. Wait…what is it?

Snapchat is an ephemeral App for smartphones and tablets. Ephemeral means something that doesn’t last long, and in this case it relates to news and messages which disappear after a certain period of time.

Snapchat works as a multimedia messenger for photos, videos and text messages (similar to WhatsApp), as well as working as a publishing platform (just like YouTube). Think of it just like a mobile TV in real time – just full of stories friends share with their friends.

OK…but what’s special about it?

Snapchat offers some excitingly creative and unusual options, which really mark this App as something special. The visual potential smashes previous limits set by conventional apps – users can add colourful filters to their pictures, throw confetti over their images, incorporate Emojis into videos or even exchange friends’ faces. With quirky effects like masks or rainbows, surprises are pretty much guaranteed and laughs are almost inevitable. The fun factor here is off the scale.

So…how does it work?

There are two basic options on Snapchat:

The content’s short lifespan is the most exciting feature of the tool: if you’re not careful, you’ll miss all of your friends’ exciting moments. That said, Snapchat has recently integrated a Memory function, which enables snaps and stories to be saved and shared with friends.

Let’s start with the figures: Snapchat already has more active users than Twitter. The majority of the 150 million users are teenagers and millennial kids. According to ComStore’s count, only 14% of the users are older than 35. And apparently, the App is currently especially popular among young women of the Y generation (those born between 1980s and early 2000s).

That said, this teenage network is aging. It recently became known that over 50% of new users in the USA are older than 25. Currently, companies and businesses use Snapchat to reach a younger target audience, but that’s not to say this will be the case for much longer.

To Business! What are the advertising options?

What with this app’s popularity, it’s becoming an exciting option for those looking to use it for marketing. In fact, according to eMarketer, 22% of senior advertising executives in the USA have already got their eye on Snapchat for this year’s campaigns.

Big name brands like Nike and Pepsi have already tried their hand at paid advertising on Snapchat. Taco Bell has even tested a sponsored-lens campaign, where users could transform their face into a giant taco. This campaign reached a whopping 224 million video views in the space of one day!

I don’t sell tacos! What are the other options?

As well as sponsored-lens campaigns, Snapchat also offers the possibility to advertise with Geofilters. Geofilters are designed graphics for different locations in the world. They allow snapchatters to show their friends where they currently are. Companies can, for example, create a Geofilter using their company logo for snapchatters to put on their photos and videos.

Video adverts are also an option. Companies can build their videos into so-called Live Stories, which Snapchat creates for things like sport events. Additionally, the videos can also be placed on the Snapchat Discover option, where big-name media concerns such as Buzzfeed of CNN have channels.

The price tag attached to these options is currently hefty, though even this is something which might be set to change soon. The Snapchat partners programme means a huge expansion to the app’s business possibilities, making it easier in the future for agencies to use Snapchat for their campaigns.

We’ll tell you next time…